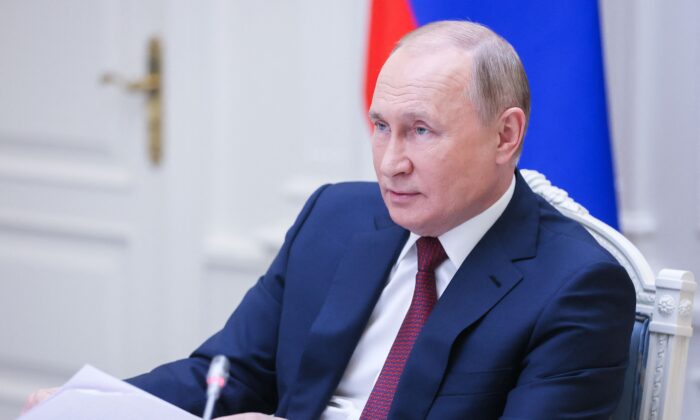 Russia is planning to hold wargames near Ireland’s coast in international waters, which are “not welcome,” said Ireland’s foreign minister on Monday amid heightened tensions near the Russia–Ukraine border.

“This isn’t a time to increase military activity and tension in the context of what’s happening with and in Ukraine,” Irish Foreign Minister Simon Coveney told reporters.

Coveney said the exercises are slated to take place about 150 miles off the Irish southwest coast within its airspace and exclusive economic zone.

“The fact that they are choosing to do it on the western borders, if you like, of the EU, off the Irish coast, is something that in our view is simply not welcome and not wanted right now, particularly in the coming weeks,” he continued.

Coveney added that Ireland doesn’t have the “power to prevent this happening but certainly I’ve made it clear to the Russian ambassador in Ireland that it’s not welcome.”

The remarks come as Russia has massed an estimated 100,000 troops near Ukraine’s border, demanding that Ukraine not join NATO. Russia also has denied it is planning an invasion, and it says the Western accusations are merely a cover for NATO’s own planned provocations.

Russia invaded Ukraine once, annexing the Crimean Peninsula in 2014. Meanwhile, Russia also backed pro-Russian separatists fighting in the eastern portion of the country known as the Donbas.

NATO on Monday said it may carry out potential troop and ship deployments to Ukraine, Britain said it would withdraw some diplomats from Kyiv, and the U.S. Department of State on Sunday night ordered families of embassy staff in Ukraine to depart the country.

Ukraine’s foreign ministry spokesman, Oleg Nikolenko, said the U.S. move on Sunday night was a “premature step,” asserting that Moscow is attempting to spread disinformation to spread panic among Ukrainians and foreigners in a bid to destabilize the country.

NATO will “take all necessary measures to protect and defend all allies,” Secretary-General Jens Stoltenberg said. “We will always respond to any deterioration of our security environment, including through strengthening our collective defense.”

But Kremlin spokesman Dmitry Peskov blamed the United States and NATO for sword-rattling and fear-mongering.

Russian officials told state media RT that two Steregushchiy-class ships of the Russian Baltic Fleet were launched from their port of Baltiysk to partake in exercises in February. The Russian Navy did not specify where they would be sent but said they would go on a “long-distance” trip.

The Associated Press contributed to this report.

Jack Phillips is a breaking news reporter at The Epoch Times based in New York.