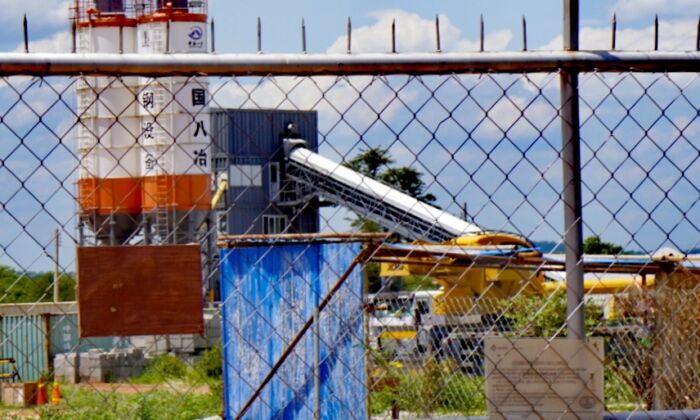 PUERTO SUAREZ, Bolivia—As China continues expanding its influence in South America through investments, some local communities in Bolivia, Peru, and Ecuador have pushed back and are speaking out against the emerging investment partner over issues of mistreatment and pollution.

Bolivia awarded the Chinese regime a 49 percent stake in its lithium reserves—the largest of its kind in the world—in 2019 in a $2.3 billion deal.

China invested $79.2 million in Ecuador between 2010 and 2019 to acquire mineral rights and also secured an $80 million project granting it oil rights in the Amazon.

In Peru, which is the world’s second-largest producer of copper, China’s investment in the mining sector represents $15 billion.

Despite these large cash infusions, there’s a noticeable lack of investment in local communities or infrastructure, leading to what China–Latin America relations analyst Fernando Menéndez calls “imperialism with Chinese characteristics.”

Deep within the Bolivian Pantanal, China made another important investment: one of the world’s largest iron deposits in the mountain of El Mutún.

Former socialist President Evo Morales awarded Chinese company Sinosteel the $546 million project, which resumed in 2021 after a series of delays kept the enterprise from making significant progress since 2017.

In nearby Puerto Suárez, a collection of heavy machinery sits loaded on trucks, awaiting transport down a dirt road that leads to El Mutún. The trucks are a happy occasion for some local residents who see them as an opportunity for a brighter future with Sinosteel.

“Other companies tried before [to excavate] and they were either kicked out or failed to get the iron,” local resident Desiderio Montano told The Epoch Times.

China isn’t the first country to try tapping into Bolivia’s iron cache. Indian company Jindal bowed out of a contract struck with Morales’s government in 2007, and Brazilian company EBX was ejected in 2006 by the same administration for attempting to access the mineral reserves illegally.

Sinosteel’s arrival is a blessing because of the jobs and infrastructure it will bring to Puerto Suárez, Bolivia, and nearby Puerto Quijarro, Bolivia, according to Montano.

However, Menéndez pointed to a distinct pattern with China’s investments in South America: They’re strictly limited to the scope of their projects, investing nothing into local communities beyond the reach of their profits.

“It’s how you end up with things like paved roads in the middle of nowhere, with little to no civilian population. They invest little, but take a whole lot,” he told The Epoch Times.

When it comes to working together, Bolivians have a love-hate relationship with China. In the nation’s vast salt flats, Chinese company Xinjiang TBEA Group employs local workers for the hardest tasks, which demand long hours at extremely high altitudes for little pay.

At more than 12,000 feet outside of the town of Uyuni, Bolivia, local resident Miguel Flores told The Epoch Times that he has one of the better jobs working for the Chinese lithium company.

“I’m a driver, and I work seven days [straight] before getting the next seven days off,” Flores said.

He said being a driver is better than working in other parts of the extraction project, but he still puts in 12-hour days.

“People at the mine work even longer hours and get paid less for harder [physical] jobs,” Flores said.

While Flores admits that working for China isn’t ideal, there’s little option for stable employment in the remote towns crouched at the edge of Bolivia’s salt flats. He’s also not the first to describe unjust conditions and compensation for Bolivian workers employed by Chinese companies.

In 2019, a video surfaced of an altercation between Bolivian road workers and a Chinese foreman. A fight broke out after the foreman attempted to run over the workers with a bulldozer for refusing to work. A union representative from the Central Obrera Departamental de Cochabamba said the workers had been on strike for three days at a job site in Bulo Bulo, Bolivia, because they hadn’t received payment for their work.

The foreman attempted to crush the workers with heavy machinery, which prompted locals to swarm the bulldozer, pull the foreman outside, and beat him. A Bolivian can be heard shouting “go back to your country [expletive]” as members of the Chinese management team attempted to rescue the foreman.

In the same video, a worker screamed, “He tried to kill us!”

Bolivian economist Eduardo Hoffmann told The Epoch Times that China is, without a doubt, attempting to foster a totalitarian regime outside of its borders.

It Takes a Village

In Ecuador, a village of indigenous Waorani is suing PetroOriental, which is a subsidiary of the China National Petroleum Corp. (CNPC), over claims of atmospheric pollution that their community was suffering from as a result of oil extraction in Block 14.

Much like their neighbors in Bolivia and Ecuador, Peruvian communities have also fought back against Chinese businesses.

In 2019, protesters set fire to the offices of Confipetrol and the CNPC during a labor protest in the town of El Alto, Peru, in Talara province. The incident occurred after a request for better working conditions was denied by Chinese management during a negotiation with Peruvian workers. The rejected grievances triggered a violent response from the workers, prompting CNPC officials to flee the premises.

In 2012, Chinese mining company Chinalco evicted 5,000 people from the town of Morococha, Peru, in the department of Junín, which is part of the Peruvian central highlands, to build a mine. Though most residents were forcibly relocated, 65 families resisted eviction until December 2018, when Chinalco attempted to demolish what remained of the town, including the houses where people were still living.

Hoffmann said the economics and politics of China’s deals in Latin America can no longer be separated,

“Their influence is too big,” he said. “They’re unstoppable now.”

Hoffmann also said China’s large consumer base has pushed them to be more aggressive in their production efforts.

Menéndez noted that Latin American governments’ haphazard and short-sighted deals with China are to blame for the poor treatment of local residents and the cavalier attitude toward the environment.

“They’ve taken this approach with a large power player who thinks in terms of centuries,” he said. “The people cashing the checks aren’t thinking strategically.”